The Mells Valley Special Area of Conservation (Mells SAC) was designated in 1996, as extensive studies had shown an estimated 12% of the UK population of Greater Horseshoe bats were using the area. However since the year 2000 there have not been an further detailed studies to confirm the bats recent usage of the wider landscape.

This long term project will survey all the bats of the Mells SAC and its Ecological Zone of Influence (EZI) using many low cost static ultrasound recorders. The study area includes most of the active East Mendip stone quarries and their surroundings.

The project aims are:

The project is lead by volunteers from the Somerset Bat Group.   It includes community events and stakeholder engagement.

The bat survey involves recording of bats echolocation using using many low cost static Audiomoth ultrasound recorders and analysis of recordings. This is similar to the process used in the Bat Conservations Trusts (BCT) British Bat Survey Pilot, but using experimental software on the Audiomoths so they record only when they detect ultrasound, such as bat echolocation.

It is envisaged to run the project for a minimum of two years, with options to extend, or revise focus of the project over the years.  The aim is for well over 1000 nights recordings each year.

The proposed survey area is shown on the map below: 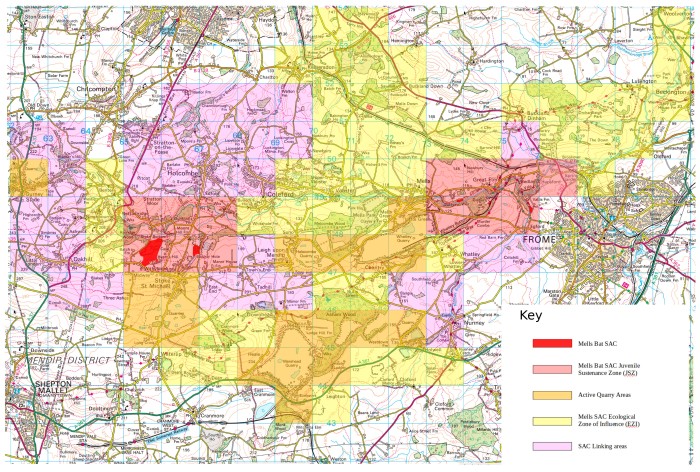 MVSAC BLS is a Somerset Bat Group project, for which we are currently seeking funding

Our most popular pages